BoE Base Rate Increases Again – What You Need To Know 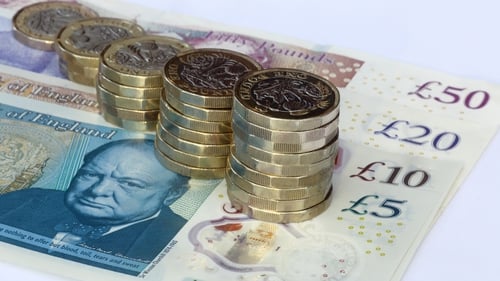 The rising of interest rates has been big news over recent months and again this week with the most recent increase from the BoE and talk of an emergency rate increase to help deal with the ever declining pound which has recently hit an all time low.

While rates are increasing which means typically you will be paying more on a mortgage and other credit commitments.

It is important to remember that these increases throughout 2022 come off the back of all time rock bottom rates of 2021 which was designed to stimulate the markets and economy post-pandemic. That rock bottom base rate was never going to stay in place for the longer term with many economists projecting at the start of the year a sharp increase of the BoE base rate before levelling off from 2023 onwards.

From a mortgage perspective – most mortgages are taken over 25 years plus so the likelihood of your mortgage rates being the same throughout that period is almost impossible as there will always be fluctuations in the market over such a long period of time. Lets look at the last 25 years base rate levels and how these will have changed –

While looking at the base rate alone can be relatively simplistic and does not tell the full story it is useful to illustrate how rates will always change throughout a mortgage term.

It is also important to note that rate increases will not impact the vast majority of mortgage holders at this point as these mortgage holders will be on fixed rate products which are not up for renewal until potentially 2024 onwards, depending on how the situation plays out over the next couple of years those mortgage holders may have missed out on the spike having locked in for a longer period previously, time will tell on that.

There has been a lot of talk around this topic especially over the last few days with a lot of information in the media that misses out some key details. While it is true a number of lenders have withdrawn mortgage products this is a temporary measure that happens somewhat frequently, at this point there is no indication that this measure would be long term – it is something lenders may implement to see how things pan out, in this situation to see if a further emergency BoE Base Rate rise comes to fruition which has been speculated on. It is also worth noting that many these lenders don’t stop lending all together, it can be a selection of products rather than pulling all lending off the market.

It is also worth noting that lenders are particularly busy at the moment and part of the reasoning for withdrawing mortgage products is to ensure they are able to process current applications and not taking on too much business on as other lenders pull out of the marketplace for the time being.

We are also hearing certain sections of the media referring to the average rate increasing to 6-7%. This is again correct but does not give a true indication of the full picture as this can give the impression that everyone taking out a mortgage will be on this type of rate. This figure takes into consideration the lenders who offer mortgage lending to clients with bad credit or specialized mortgages, who will typically offer mortgages at rates higher to the more mainstream lenders. This is due to how lender assess risk of the lending but also how they acquire the funds to lend to mortgage clients is a little different to mainstream lenders.

To give an example if you are looking for a 85% Loan to value mortgage on a 5 year fixed rate there are rates available around 3.9% which overall is not a huge increase to the like for like option a few months ago.

The biggest impact on rate increases is typically felt more at the lower Loan to Value thresholds. At the start of the year a 60% LTV mortgage could have been applied for under 1%, now these rates start at something in the region of 3.7%. On the higher LTV’s (85%, 90% & 95%) the impact has been less severe – at the start of the year the rates would have been just below the 4% mark, now the best sourcing 95% mortgage on a 5 year fixed is coming in at 4.55%. The increases in rates have essentially closed the gap from a rate perspective from the lowest to the highest LTV.

As rates increase the demand for property could start to slow down as buyers are not as keen to buy when the rates are higher and there is uncertainty in the market, however this may represent a good opportunity for first time buyers to get onto the property ladder. Since coming out of the pandemic house prices have continued to rise thanks to a range of different factors. In Scotland, since 2020 it has become common for property to be sold at closing dates which often means they are being sold for well in excess of the Home Report Value – this has priced out a lot of first time buyers out of the market as they simply do not have the deposit to pay what was required to secure the property. If demand slows down then this could create the opportunity to get a better deal on the property than you previously may have done. However, on the flipside if things slow down it could be possible that supply slows down and less properties will be available on the market which would create it’s own issues.

Who is negatively impacted by these increasing rates

We have many clients of who we have remortgaged over this period have been switched to a higher rate mortgage than the previous fixed rate product they were on. This will become more and more common, especially if rates continue to increase and especially when they have been the lowest rates possible initially. Of course, the options those clients have is limited and are likely required to tie into another fixed rate period on that higher rate rather than move onto the likely much higher Standard Variable Rate interest rate.

If you are a BTL investor and you are remortgaging now or in the near future you will likely find the rates are higher than your current fixed rate, meaning your monthly payments are now higher. This will also likely mean the money landlords generate from these properties is getting tight. With the recent implementation of the Scottish Government’s legislation which means until March 2023, landlords are unable to evict non-paying tenants or increase rents. Due to this and other legislation that has came into force over recent years this could force a number of landlords to sell some or all of their portfolio. If this was to happen it would remain to be seen how this will impact the overall property market.

There are still a large percentage of mortgage holders in the UK that are on some sort of variable rate. This could be due to not taking time to renew their previous deal or it could be due to a customer being on a type of historical flexible or tracker rate (usually these would be from mortgages taken out before 2008). In the majority of these situations the customer is paying too much on their mortgage and would be worth looking at the options of entering into a new fixed rate. These customers are also vulnerable to further rate increases as rates are expected to rise again significantly.

*** This article is also not to be taken as advice – we recommend you take mortgage advice from your mortgage adviser. Figures and examples used are for illustration purposes only. Figures used are accurate of 27/09/2022 but can change at anytime. (mortgage products compared are those available in Scotland and do not use schemes) ***

Check out these posts 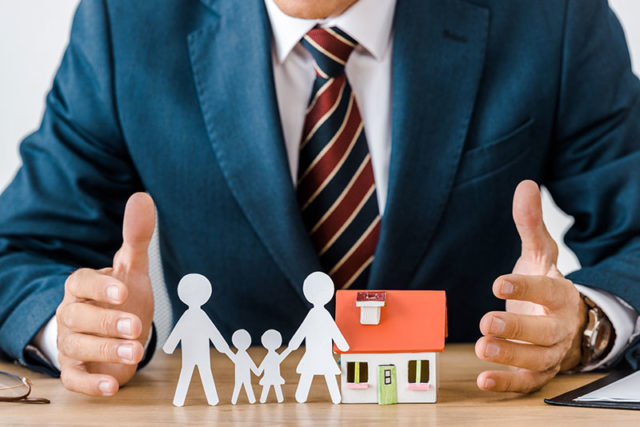 Why should you use a mortgage broker? 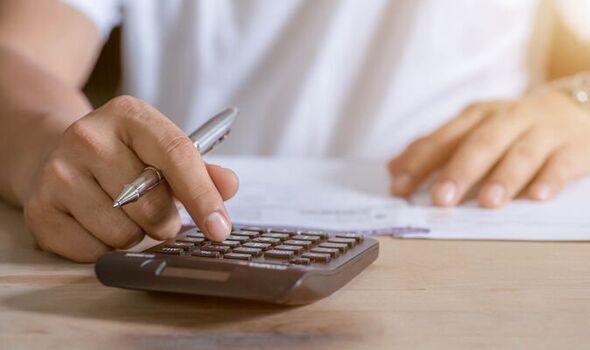 Should you remortgage within your Fixed Rate period? Rising interest rates: What should you do?

There is currently lots of uncertainty about the future of interest rates, how high they will go & what impact this will have on household 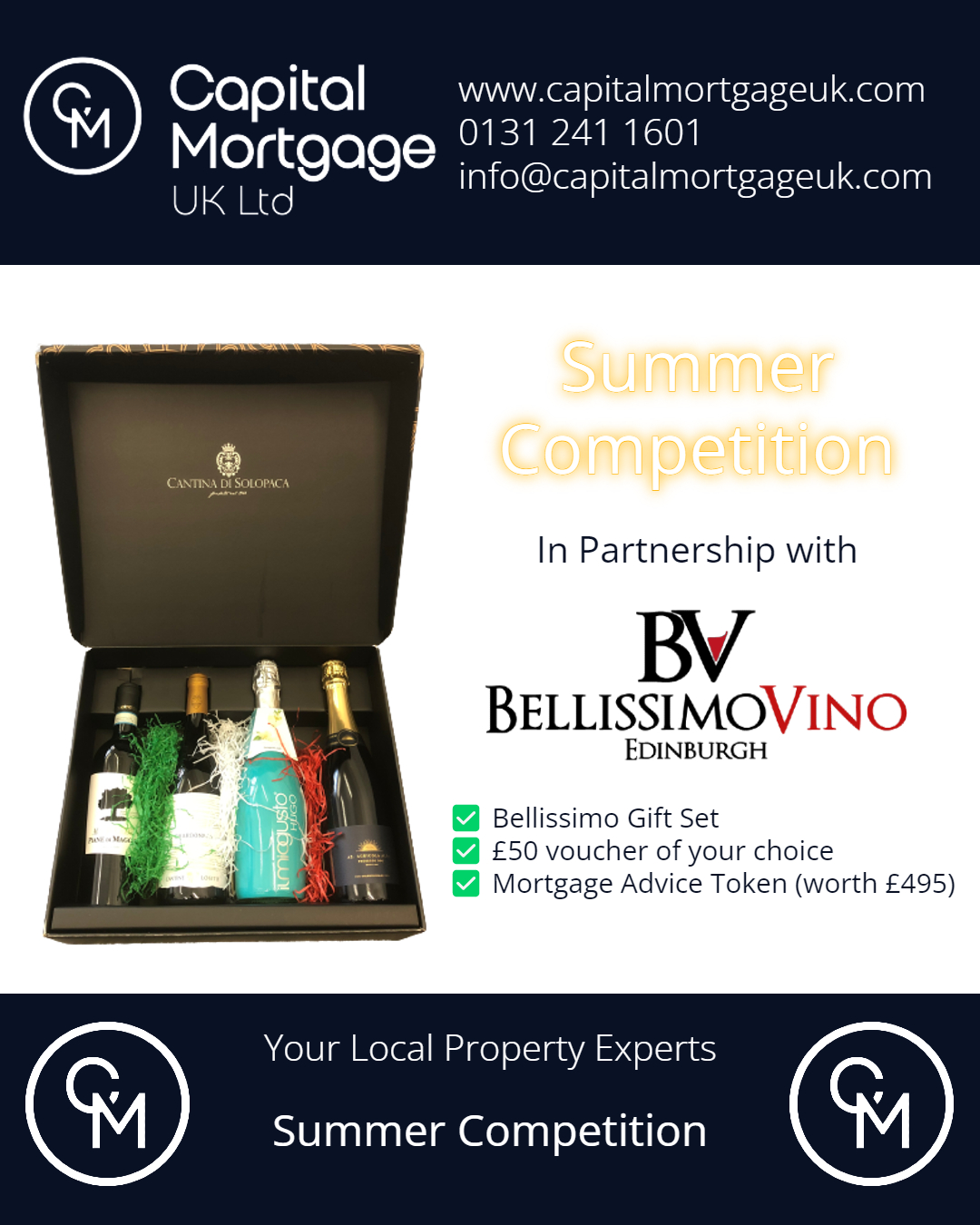 Summer Competition in Partnership with Bellissimo

If you are a First Time Buyer, Home Mover or a Buy To Let Investor at Capital Mortgage UK Ltd we can help.

If you are looking for mortgage advice on buying your first home, looking to re-mortgage, move house, get a Buy To Let in Edinburgh, don’t hesitate to get in contact with us.